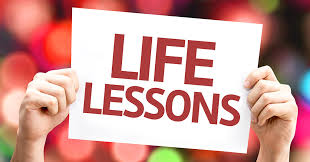 While we were at a church on the beginning of deputation, the pastor asked me to give ten things that I have learned in ministry and in life. Here are the things the Lord brought to mind.

Your kids, your friends, your “followers” will do what you do. David had a heart and willingly gave of his own to the Temple. The rest of Israel did the same.

10 Then the king commanded Ebed–melech the Ethiopian, saying, Take from hence thirty men with thee, and take up Jeremiah the prophet out of the dungeon, before he die.

Too many times we think we can serve the Lord on our own. Miss church, go fishing, sports while “being a light to the dark world”. But that’s not how the Lord designed it. We are told to be with other believers. (Heb 10:25; Luke 10:1)

3. If you tell The Lord “yes” the first time, it makes life so much easier. (Jonah)

‭‭At seven years old, the Lord let me know He wanted me to serve Him as a preacher. Until that time, I clearly remember my dad telling me many times; “Adam, if the Lord ever asks you to do something, say yes the first time. It makes life so much easier.” I know it is because of my parents telling me to say yes at an early age that I am where I am now.

2 But his delight is in the law of the Lord; and in his law doth he meditate day and night. 3 And he shall be like a tree planted by the rivers of water, that bringeth forth his fruit in his season; his leaf also shall not wither; and whatsoever he doeth shall prosper. 4 The ungodly are not so: but are like the chaff which the wind driveth away. 5 Therefore the ungodly shall not stand in the judgment, nor sinners in the congregation of the righteous.

9 The heart is deceitful above all things, and desperately wicked: who can know it?

When we are out of God’s word and are not doing what the Lord would have us to do, (serve Him, faithful to Him, witnessing and discipling) our hearts become hard cold. It is their natural form.

5. God likes using the under dog so He will get the Glory. (Israel, Moses, Gideon, David, pretty much everyone else…)

I was born with a back problem. I get excited when I think of how I can’t possibly do what He wants me to do, because I know He likes doing the impossible so He gets the Glory.Then Lord is looking for the under dogs. Is there anything in your life that you think would hinder you for serving the Lord? Get excited! He can use that!

8 And Elijah took his mantle, and wrapped it together, and smote the waters, and they were divided hither and thither, so that they two went over on dry ground. And it came to pass, when they were gone over, that Elijah said unto Elisha, Ask what I shall do for thee, before I be taken away from thee. And Elisha said I pray thee, let a double portion of thy spirit be upon me. And he said, Thou hast asked a hard thing: nevertheless, if thou see me when I am taken from thee, it shall be so unto thee; but if not, it shall not be so. And it came to pass, as they still went on, and talked, that, behold, there appeared a chariot of fire, and horses of fire, and parted them both asunder, and Elijah went up by a whirlwind into heaven. And Elisha saw it, and he cried, My father, my father, the chariot of Israel, and the horsemen thereof. And he saw him no more: and he took hold of his own clothes, and rent them in two pieces. He took up also the mantle of Elijah that fell from him, and went back, and stood by the bank of Jordan; And he took the mantle of Elijah that fell from him, and smote the waters, and said, Where is the Lord God of Elijah? and when he also had smitten the waters, they parted hither and thither: and Elisha went over.

As long as I can remember, I remember waking up and going into the living room to see my parents reading their Bible and praying for me. They would tell me everyday to read my Bible. I didn’t just see that my parents faith was real at church, I saw that it was real at home too. As I grew, I wanted to see that the God of my parents and the God of the Bible was real to me too. I did as they did and found that He truly was a real God.

1 And Moses answered and said, But, behold, they will not believe me, nor hearken unto my voice: for they will say, The Lord hath not appeared unto thee. 2 And the Lord said unto him, What is that in thine hand? And he said, A rod.

38 And Saul armed David with his armour, and he put an helmet of brass upon his head; also he armed him with a coat of mail.

39 And David girded his sword upon his armour, and he assayed to go; for he had not proved it. And David said unto Saul, I cannot go with these; for I have not proved them. And David put them off him. 40 And he took his staff in his hand, and chose him five smooth stones out of the brook, and put them in a shepherd’s bag which he had, even in a scrip; and his sling was in his hand: and he drew near to the Philistine.

So many people think they can only be use of the Lord if He gives them some special talent. This isn’t what is the normal in the Bible. God chose, and those He used already had what they needed. Moses had a stick. David had a sling. The disciples just were willing to follow.

19 But my God shall supply all your need according to his riches in glory by Christ Jesus.

33 But seek ye first the kingdom of God, and his righteousness; and all these things shall be added unto you.

‭‭‬‬‬‬‬‬Key phrases: “according to His riches in glory by Christ Jesus.” And “seek he first” When it’s for His Glory, He will provide. Think of Hannah wanting a child in the book of 1 Sam. She wanted a child and said she would give that child back to The Lord. He gave her a child and Samuel grew to be a great man for the Lord.

4 Delight thyself also in the Lord; and he shall give thee the desires of thine heart.

“I take comfort in knowing that my God can not do but that which is best.” – Hudson Taylor’s spiritual Secret

When you begin to doubt that God is good, you begin taking matters into your own hand. (Gen 3 – The fall)

The whole Bible is full of accounts where people did what they wanted to do.