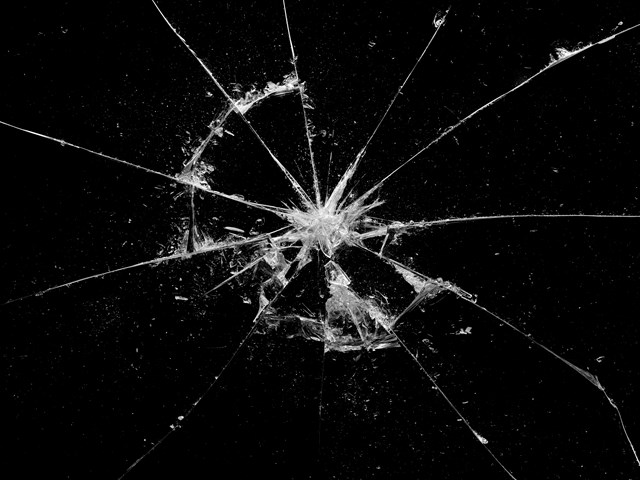 And you hath he quickened, who were dead in trespasses and sins; 2 Wherein in time past ye walked according to the course of this world, according to the prince of the power of the air, the spirit that now worketh in the children of disobedience: 3 Among whom also we all had our conversation in times past in the lusts of our flesh, fulfilling the desires of the flesh and of the mind; and were by nature the children of wrath, even as others.

We are broken by sin.

To fully understand this, we have to take a look back at Genesis. In Genesis chapter 2, after God spoke everything into existence and after resting, God walked Adam through the garden and told him that everything He had made was for Adam. (Gen 2:16) Then God tells Adam, “there is just one tree that is mine. You can’t have that one. The day you eat of that tree Adam, you will die.” (Gen 2:17)

In just a few verses, as we get to chapter 3, something goes terribly wrong. The Bible says in verse 1 that a serpent comes to talk to Eve. He begins to get Adam and Eve to doubt the goodness of God. The serpent says, “Did God really say you can’t eat of every tree of the Garden?”

Did you see it? Did you see what he said? He said “every tree..”. But God didn’t say they couldn’t eat of every tree, did He? All the LORD asked was that they didn’t eat one. Only one!

Satan’s greatest tool is getting you to doubt the goodness of God. He will make the Lord out to be some type of party pooper. Someone Who refuses to let you have any fun and do what you want to do. Eve started buying the lie too. We can tell by her response. “No. God didn’t say I couldn’t eat of every tree. He just said I couldn’t eat of the tree in the middle of the garden. Not only did He say we couldn’t eat of it, but He even said we couldn’t touch because if we touch it we will die.”

Doubting the goodness of God leads to exaggeration. Have you ever been told by your parents that you couldn’t go to a friend’s house on a certain night? Whatever the reason was, you probably didn’t care. You probably called up your friend and said something like.. “My parents won’t let me spend the night with you ever again! They are real killjoys!” Now did your parent really say you couldn’t spend the night ever again? No. But you began to doubt their goodness and believed what you wanted. That’s what Eve did.

Then Satan wraps it all up with a lie. “haha, You won’t die. God just knows that if you did eat of that tree then you would be like Him. If you are like Him, Who is He to tell you what you can or can not do?” There you have it. What is sin? It is dethroning God. Sin is saying “God, Who are You to tell me what I can and can not do?”

As God promised, death followed after the fall of Adam and Eve. But it was just physical death. No, this death was much worse. We see a glimpse of it in Gen 3:8. When God comes to walk with Adam and Eve as He had done before, the Bible says Adam and Eve “Hid themselves” because they were ashamed. Our sin separates us from God. In sin, we desire separation from the God Who created us. Why? Because are no longer like Him. Man was created to be His image-bearers. After sin, that image was broken and Adam felt uncomfortable in God’s presents.

What died was the closeness we had with God because we were like Him, sinless. Now with sin, we were separated from Him and from His life. And everyone knows when you are separated from life, you will die shortly. That’s exactly what happened.

Ephesians 2:2-3 says that “as you walked just like the world. Just like satan himself. You do what you want and not what God said to do. You are no different than anyone else.” Now just hold up one minute Adam! I am not that bad! I may have lied once or twice and disobeyed those in charge of me, but I’m not like the devil! Oh but James 2:10 says that if you only ever broke one commandment, you broke them all.

In the eyes of God, we are murderers, thieves, liars, blasphemers. We worship idols and make other gods over God Himself. We desire to be over God. We think we know better than He does. We dethrone Him.

— What does God do about sin?

Alright, I’m a sinner, but won’t God just forgive me? We tend to make God some lovable teddy bear in the sky. We think no matter what we do God will just forgive us because He is all Love. But what does the Bible say about it?

Think back at the times we see God dealing with sin in the Bible. The first thought that comes to my mind is a worldwide flood. Everything and everyone besides those in the Ark died. How about when God sent fire from heaven to burn Sodom and Gomorrah? Believe it or not, the Bible makes it very clear that God is ANGRY with sin. He hates it.

The God of the Bible is a God that judges sin and sinners. It would seem that we are in trouble then. Couldn’t I just be a better person? Would God forgive me if I did my best to keep the 10 commandments? Eph 2:9 says no good works will save you from the wrath of God. The best way to see this is to look at Moses.

Moses, the man God chose to give the commandments to. He actually got to see God. So much so that is made his face glow! But what happened to Moses? He didn’t get to enter the promised land. Why? Because works can’t save. The 10 commandments can’t save.