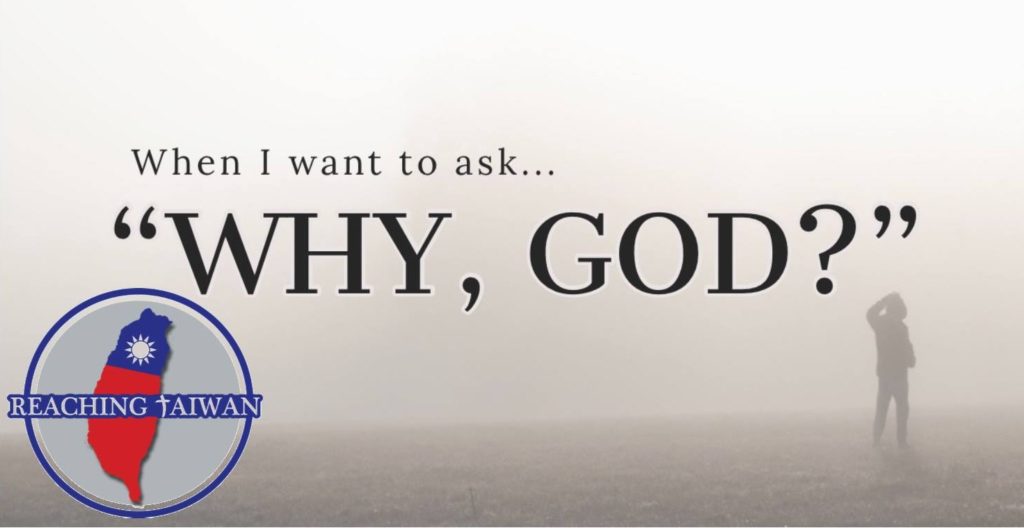 Have you ever asked yourself the famous question “Why would a loving God allow this to happen?” I mean seriously! Why WOULD a so called “loving” God allow suffering, sickness, diseases, and death? If He was so loving, it would seem to me that He would START loving those who need Him the most during these hard times. If there is really a God in Heaven, why does He allow all this pain?

Let’s pretend you believe the Bible to be true. In Genesis chapter 1, the passage ends with the phrase “it was very good” (Vs. 31). Would you say that pain, suffering, disease, and death would be good? No, I wouldn’t either.  Naturally then, I’d say it would be safe to assume that these problems were not in the very beginning when God Himself said it was very good!

Then we turn the page to chapter two. In verses 16 and 17 we see the very first PROMISE God made to mankind. He said, “Of every tree of the garden thou mayest freely eat: But of the tree of the knowledge of good and evil, thou shalt not eat of it: for in the day that thou eatest thereof thou shalt surely die.” Here we see God gave Adam the opportunity to make a choice. He could either choose to obey or disobey God’s command. Failure to obey this command came with a promise. That promise was death.

It’s not many verses later we see that Adam and Eve failed to obey God’s word. They chose their own way and now God could either keep His promise or break His promise and never be trusted again. The Bible spells it out, God did not choose to make mankind suffer, Adam and Eve made that choice. Sin had entered the world and “death by sin.” All the while, God kept His word.

Page after page, if you read the Bible, you will easily see pain, suffering, and death. Why? Because God keeps His word. You will also notice that God makes more promises as you get deeper and deeper into the Bible (remember, you are pretending you believe the Bible to be true). God made a promise to send a flood to destroy the wickedness of man, and it happened. God promised to give the old man, Abraham, a son and it happened. He later promised to bring Israel out of slavery, and He did! Why? Because God keeps His word.

As you continue reading, you may notice another promise God makes. He promises that a Messiah would come to earth to be a Savior of the world. The Old Testament makes over 300 promises about this coming Savior. Some of these promises were made 900 years before they were kept. Promises like Christ would be born in Bethlehem (Micah 5:2). This promise was kept and is found in Matthew 2:1-10. There is even the promise that Christ would be preceded by a messenger chosen by God in Malachi 3:1 and Isaiah 40:3-5. This promise was kept in Matthew 3:3; Mark 1:2 and John 1:29. There was even the promise that Christ would be betrayed for 30 pieces of silver in Zechariah 11:12–13, which was kept in Matthew 27:6–10.

All these promises were kept, and Jesus Christ fulfilled every single one of them. Why? Because God keeps His word! We like to focus on the bad when hard times come, but do you realize there is something very comforting in all this? The greatest promise God ever made to us is His Son, Jesus Christ. He came to die that death in Genesis chapter one, so we wouldn’t have to live separated from Him for eternity. When we believe the Word of God and the promises, He made to us about His Son Jesus, we can be saved from death.

Why should we fear death if we haven’t accepted Christ as our Savior? Because another promise is made in the Bible. That promise is separation from God for eternity in a place called Hell. There is more mention of Hell in the Bible than Heaven. Christ Himself spoke of it more than He did of Heaven.

Why would a “loving” God send anyone to Hell? The answer to that question is “because He keeps His word.” When someone is sent to Hell, it is because they have chosen not to accept Christ as their Savior. How do we avoid being sent to Hell? By accepting the promise God made to us: His Son, Jesus Christ! What do I have to accept? That Christ came, He died, and that He rose again. The Bible says in Romans 10:9 “That if thou shalt confess with thy mouth the Lord Jesus, and shalt believe in thine heart that God hath raised him from the dead, thou shalt be saved.”

Why would a loving God allow pain and suffering? The easy answer is because He never promised there wouldn’t be suffering, but He did promise for those Who accepted Christ as their Savior that it WOULD be worth it in the end…….GOD ALWAYS KEEPS HIS WORD.