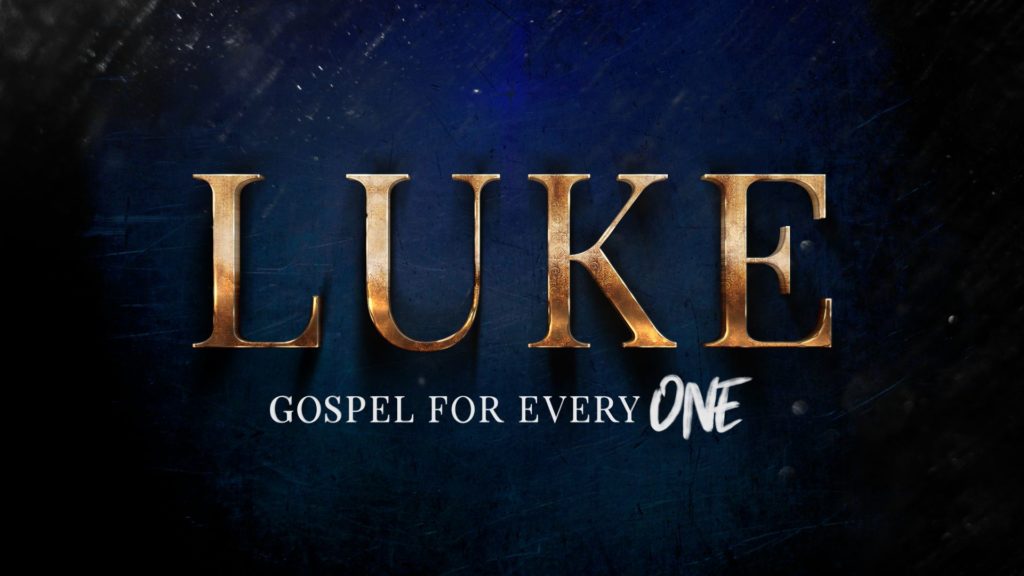 If you are like me when I first started really studying Gods’ Word, you probably at one-point thought Luke was a disciple of Christ; well, he wasn’t. Luke was a physician and you will notice as you study his books (Acts included) that he goes into a lot of detail about Christ’s healing power.

Luke was a companion of Paul during his ministry before Paul’s persecution. What he wrote was what he had heard Paul preach from one side of the Roman Empire to another. He is writing to a man by the name of Theophilus. We are unsure who this Theophilus really was, but Luke’s letter wasn’t given to us to find out who he was. It was given to us to find out Who Christ is, so that’s what we are going to focus on.

While we study the book of Luke, you should notice that he presents Jesus as the Son of Man a lot. This Christ brings salvation by identifying with humanity in all its weakness. He heals the sick and seeks out those rejected by society. Greek civilization represented culture, philosophy, wisdom, reason, beauty, education. Therefore, to appeal to the thoughtful, cultured, philosophic Greek mind, Luke, in a complete, orderly, and classical story, depicts the glorious beauty and perfection of Jesus, the ideal, universal man. In addition, Luke includes more references to various classes of people and identifies women and children more than any of the other Gospel writers.

As we start out in chapter one, we need to remember there has been 400 years of silence from God. The last time someone had a message from God was from the prophets. As we can see in the first few verses, Israel had kept up with sacrifices and all the customs of the temple.

2. What can we learn about God?

In verse 13, we can see that God is a God that hears and answers prayer!

We can also see by verse 17 that God is a God that keeps His Word. Back in Malachi 4:6 God makes a promise to send someone that was going to pave a way for a Savior. It’s also important to notice that God answered “Yes” to Zacharias prayer because it was already God’s will to send someone to pave the way for Christ. When we go to God in prayer, we should always be seeking His Will and not our own.

We can also see in verse 20 that God is not pleased with disbelief. Because Zacharias didn’t believe, God pretty much said, “fine, I’ll have the last word until your son is born.”

3. How does this point to Christ?

Although we haven’t read far enough to tell just yet, we can already see how God is keeping a promise he made thousands of years before this point. That promise was a promise of a Savior. Out of all the promises God made to His people, the promise of Jesus was the greatest promise of all. The birth of John would be a step of that promise coming to fulfilment.

I know that while I read this passage, the thought of God being displeased with Zacharias’ unbelief bothered me. Reading through the Bible, it is easy to see that my God is a God that keeps His promises. His greatest promise to me was Jesus Christ. Before that Promise left this earth, He made another promise. That promise was that He would be returning one day and until that day I needed to do all I could to reach a lost world for Him.

How many times, though, have my actions and words screamed that I don’t believe the promise that Christ will return one day? I know that when my wife, Ashley, and I first began thinking about this question, we looked at our monthly finances. As we added up the bills my heart sank as I realized my largest bill was going toward my needs…. personally that bothered me.

My giving back to God didn’t say “I believed Him” in my eyes. We have sense rearranged our giving so that the largest amount that comes out of our monthly finances goes right back into tithe and missions giving.

Another way my life says that I don’t believe His Word is my fear of witnessing. Now there is nothing wrong with being afraid to witness, but its when that fear constrains us from doing it, then that fear is wrong. How many times have I kept my mouth shut when I should have been sharing Christ with someone? Keeping my mouth shut because of fear of persecution and embarrassment is a sign that I don’t truly believe Christ is coming back one day. If I truly believed it… I wouldn’t be able to help but tell someone before it’s too late!